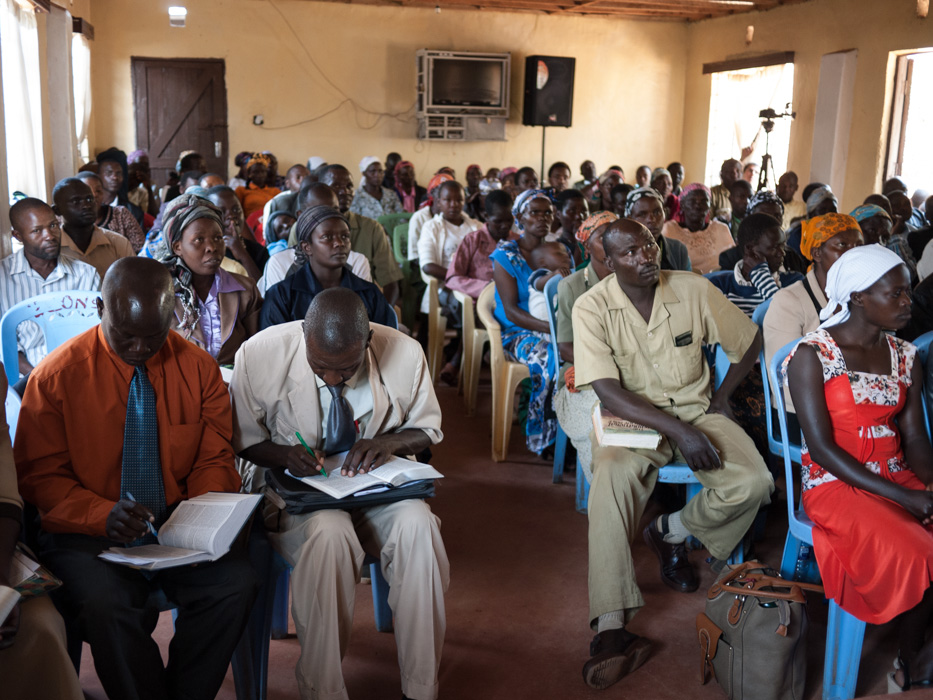 The final morning session in the Vonmark hotel was a church service. Children packed the forecourt and the room was full to bursting.

I spoke on Hebrews 1 – Jesus as the radiance of God, the exact imprint of his nature and the name that has been given that is more excellent than the name of any angels.The full message is posted here.

We had a brief review of all the main messages of the week and then we moved into a time of impartation.

The Holy Spirit once again fell powerfully on practically all the people. For what seemed like an hour we prayed for row after row of people and as God touched them they fell under his power experiencing inner healing, deliverance or baptism with fire.

An ex-magician who had lived with at least four people’s wives and who had manifested in the faithfulness session, began to manifest again and got a greater and fuller deliverance. There were so many people receiving that most of the stories have to be assembled from the video footage. At the time, we have no time to connect the dots and just pray led by the spirit. In his case, I simply prayed for total renewing of his mind. That’s when witchcraft surfaced.

Due to the results of the previous days, we decided to stay an extra night in Kisii and do one more crusade.

As I preach the clouds darken and hints of raindrops fall. I worry that I’ve gone on too long, and that because of this the rain will come and no one will stay to get prayer, they will have just heard my big mouth. I push away the doubt and hold onto faith. Thank God even though half the ministry time drops fall, it never rains properly. It then stops entirely, the clouds have moved on. (BTW, proper rain in Kisii is very heavy as we later experienced).

I pray and God heals an old lady of shoulder issues and a young boy of knee pain. But whenever one of the local team is around, as in the case of the two youth leaders, I direct them to pray. So one of them sees a boy healed of pain in the chest for three years. The other gets someone with two hurt knees healed after three years. The 15-yr-old boy whose chest was healed after three years, I ask if he has accepted Jesus and he says no, so I lead him to the Lord with translator. Several children are around so I ask if they want to join. Just then the worship starts again so I get them to go away from the stage, a small crowd of children follow and all repeat the prayer, with more or less earnestness, but there is power in confession. When I ask the 15 year old if he experienced anything when he invited Jesus he says yes, strength came into his body.