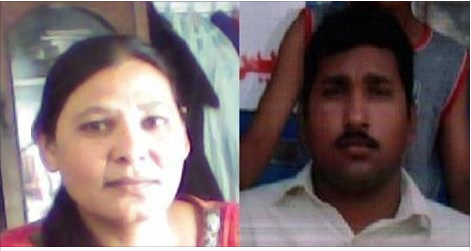 This poor couple are accused of sending blasphemous SMS messages from a cell-phone that they did not even have in their possession at the time. Islamic leaders in Gojra have used death threats against the judge to secure a death sentence for these parents of four.

This is the same city where we received death threats in 2012: In Gojra we conducted 2 nights of public meetings. We had a permit for all the relevant authorities. About midday of the first event the local police received threats that if they did not stop our meetings, they would accountable for any loss of life that might occur.

We finally decided to move the meeting out of the centre of the town to a different location in a Christian quarter of the city. That night, we preached forgiveness, reconciliation and healing to the mainly Christian audience and God touched many supernaturally. Unfortunately those who really needed to hear this message of freedom and healing were denied the opportunity due to the threat of violence. As you can read in the second article, the judge is being threatened as well.