Building on a friendship from David and Isabella’s Revival Training School time, we have been working with a local church movement, Gospel of the Kingdom Ministries in Pakistan since 2011. Our goal is to equip them with spiritual understanding to stand boldly and powerfully and to shine in their dark land.

Pakistan is ranked one of the worst countries in the world in most international studies: from corruption, to Islamic terrorism and persecution of Christians or violence against women. The nation was founded to put an end to the violent disputes between Indian Hindus and Muslims at the time of Indian independence. But to this day, it struggles with a particular cocktail of toxic problems. For decades America poured billions of dollars in to support the Pakistani government in the battle against radical Islam, only to find Bin Laden happily living under the noses of the Pakistani military.

So what does this show? Well it ain’t rocket science! If you have a nation that is 97% Muslim, don’t invest in their army! Invest in those who preach the gospel. Only the Gospel of Jesus Christ can bring hope in such situations. Only Jesus gives a formula for breaking out of the cycle of revenge and retaliation. Islam requires that you kill someone who turns away from the Muslim religion. But Jesus says love your enemies and pray for those who persecute you.

I was back in Pakistan for the fifth time in 2022. The trip was graced with an amazing flood of miracles. Reports from past trips to Pakistan One night in Gojra follows Dave and Ghaffar to Gojra, connecting the tragic events of 2009 with their 2012 and 2022 crusade meetings and showing that the preaching and demonstration of the Gospel is the hope for reconciliation in communities all over the world. A flood of miracles: Pakistan 2022

September 19, 2022
An amazing flow of miracles in Pakistan 2022 Praise God for eight wonderful, blessed days of crusades and leader training seminars where we saw the amazing power of the Lord… Baby in the womb healed of Hydrocephalus

Sonia’s ultrasound had indicated a severe case of Hydrocephalus – water on the brain. An abortion would almost cetainly be recommended. Two weeks before this trip Bob Hazlett had prophesied that my wife Isa would start to have an anointing for healing of brains. Now alone in Lahore, … Beyond what we could see or imagine

January 12, 2014
It would take hours to recount to tell all the God-stories or give a fair account of some of the natural challenges, which included a deadly Dengue Fever epidemic across… January 8, 2014
Gospel of the Kingdom Church Ministries (GKCM), with which we are partnered, is like the Kingdom of Heaven itself. It just keeps growing and more and more people are able… 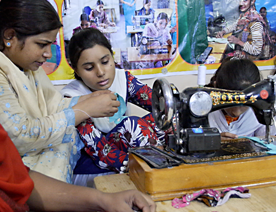 Video introduction to the Sewing Centre in Lahore

January 4, 2014
During my third trip to Pakistan we filmed these interviews in the new Sewing Centre to share news about this work for people interested in the plight of women and… August 3, 2013
Shot during our 2013 trip to Punjab this 13 minute film shows a refreshing side of God’s amazing power at work in Pakistan. Pakistan hits the news frequently as a… August 3, 2013
Joseph Tea’s Report – July 2013 In the last few weeks, Pakistan has been in the news again for violent extremism. What better time for David to make his third… 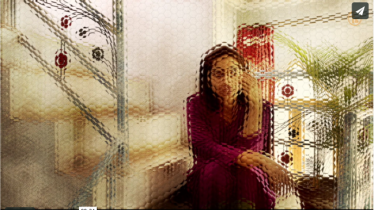 My family wants to kill me

June 3, 2013
A young Pakistani woman from an educated muslim family finds Christ because Jesus answers her prayers. And so now her own mother and other family members are speaking unbelievable threats.… 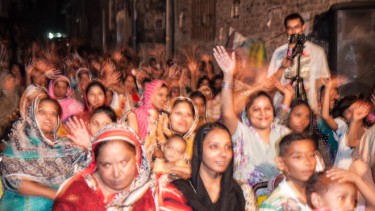 March 9, 2013
A mob of several thousand Muslims destroyed over 175 homes in a Christian colony (ghetto) in Lahore, Pakistan. The trouble began after two friends got into an argument and the…

Our first film shot in Pakistan 2014

The country hits the news frequently as a failed state and a hotbed of terrorism where Christians live in fear of the ‘black 295c blasphemy law’. Few foreigners dare to visit.

This film reports on the work of a bold team of three missionaries who ventured into Pakistan in 2013 to support a local church ministry with a two week programme of teaching and outreach. Experience the excitement and the hear the miracle testimonies with Revival Trainer David M. Taylor and best-selling author Joseph Tea G from Swritzerland and Pastor John Shiundu, from Kenya. 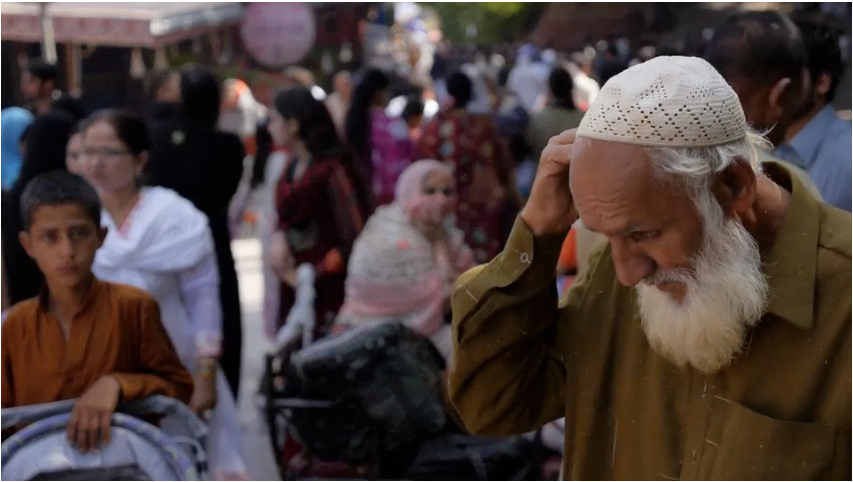